The impact of Iranian carpets on the global fashion industry

Fashion is one of the most attractive industries among people all over the world. Obviously, each country has a different fashion industry due to its diverse cultures and ethnicities. But it must be admitted that Western fashion is one of the most popular industries in the world. The interesting point here is that western fashion companies tend to use Iranian carpet designs and patterns in clothes and accessories. However, it has been less notified in our country, Iran. This indicates that Iranian designs are antique, original, and beautiful. In recent years, famous brands such as Hermes, Gucci, Giovanni, and… have used Tabriz carpet designs, Iranian kilims, and Gabbeh to design blouses, pants, and clothing in general.

Here, we want to address the importance of Iranian designs in clothing and the global fashion industry. So follow us to the end of this article.

In 2012, this prominent designer, inspired by the Iranian carpet design, unveiled a new collection in which he deliberately used the carpet fringe to make it look more like a carpet. 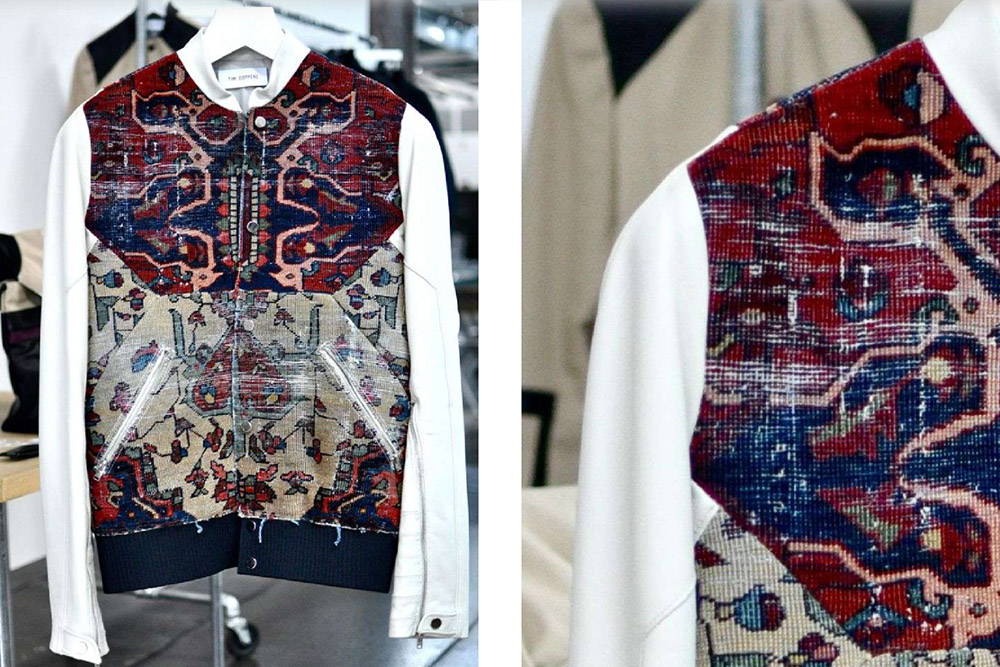 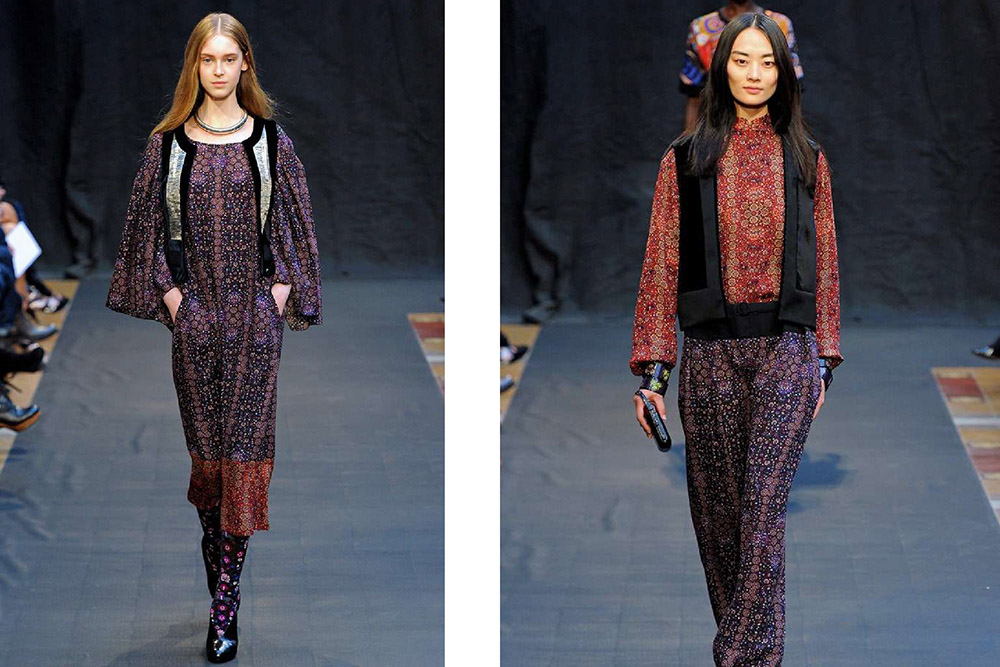 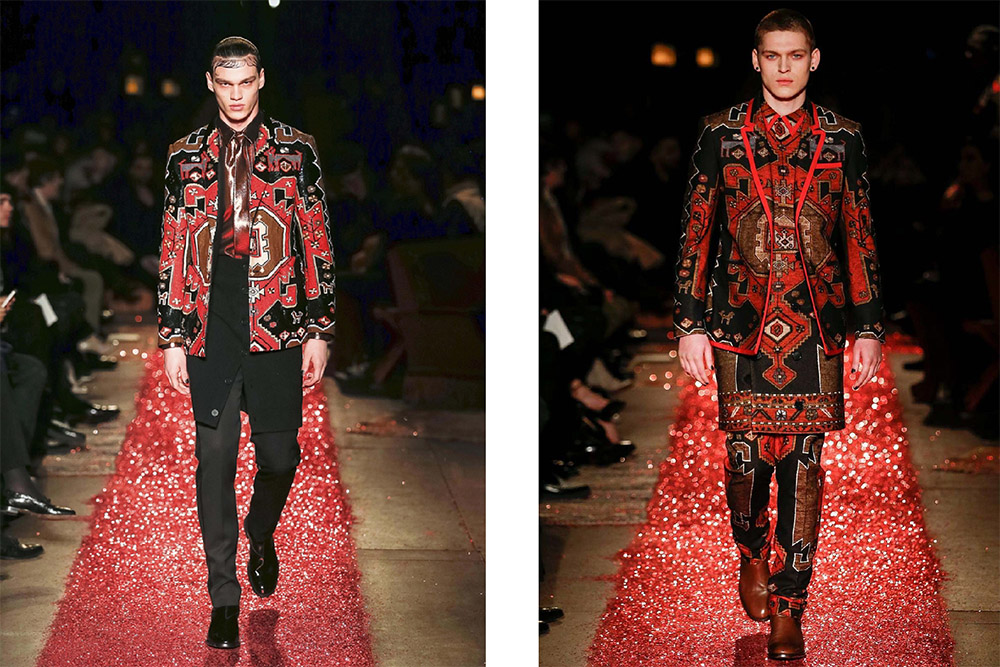 In 2016, there was an opportunity for one of the world’s top brands to launch its models on a platform full of antique and expensive Iranian carpets, with clothes in the same shape and design. Alessandro Michele designed the scene in the style of one of Wes Anderson’s films to make the situation seem somewhat contradictory; Despite such a risk, everything went well for Gucci to become one of the few pioneers in using the Iranian carpet patterns in the fashion industry.

Another exciting thing about this collection was that brands are generally interested in using modern elements for designing clothes and decorations; however, in this particular case, Gucci used old carpets in the decoration design of this collection to add to the beauty of the ceremony.

In 2016, Gucci launched its models on a platform full of antique Iranian rugs along with costumes based on traditional Iranian rugs. By doing so, Gucci became one of the pioneers in using Iranian designs in the fashion industry.

In general, it is no exaggeration to say that the Iranian carpet is a sign of Iranian identity. We can’t fit in a blog post if we want to include all the designs and clothes inspired by Iranian designs. In the meantime, many Iranian fashion designers have done the same thing or even better, and their role cannot be ignored.

As a manufacturer of machine-made and handmade carpets, Beheshti Carpet Complex has always tried to produce and weave carpets with special and new designs. The main goal of this Complex is always customer satisfaction

What is the differences between carpet and rug?

An overview at the history of Iranian carpets in different eras

Send us your feedback, you are without a doubt our biggest asset.